The Hellenic Agricultural Organization “DEMETER”  is a public body under private law that belongs to and is supervised by the Hellenic Ministry of Rural Development and Food. Established in 2011, it consolidated four organizations of the Ministry, including the National Agricultural Research Foundation (NAGREF) which was the Ministry’s Research branch. NAGREF, with its 15 research institutes in the agricultural, forest, veterinary and fisheries sectors, became the General Direction of Research of DEMETER.

The Institute of Mediterranean and Forest Ecosystems is one of the two forest research institutes of DEMETER. It is one of the oldest research institutes in Greece, established in Athens in 1929 as the research arm of the Greek Forest Service. In 1989 it was integrated into NAGREF, and is now part of DEMETER. The Institute comprises eight research sectors, each covering an area of forestry research, including forest management, economics, ecology and biodiversity, hydrology, pathology and entomology, apiculture, and forest fires. It has permanent personnel of 27 persons, including 13 researchers, and a varying number of research assistants on contract, as needed. The institute has an accounting office staffed by two experienced employees, a librarian who operates the largest forestry library in Greece, and also has in-house specialized computer support. The research of the Institute includes monitoring of forest ecosystems in Greece, analysis, prevention and management of forest fires, monitoring and control of forest pests and diseases, beekeeping management, and investigations and activities in the social and economic aspects of forest management. The relation of all of the above with Global Change (including Climate Change) and mitigation of negative consequences is also a priority theme for the researchers of the Institute. The Institute shares a large building with the headquarters of the Hellenic Forest Service, with which it maintains close ties, offering to it scientific support as needed. It also maintains close ties with other operational organizations and in the last decade has carried out numerous projects and studies for hellenic ministries (Environment, Agriculture, Civilization), including a large project for post-fire restoration of the archaeological site of Olympia (2007). One of its recent research results is the development of a methodology for valuation of forest land in Greece. This methodology became a law in 2014 and has been applied by the Institute for assessing the value of forest land all over the country.

The Laboratory of Forest Fires is a very important part of the Institute. It is involved in international forest fire research while being an active supporter, through scientific knowledge and assessments, of the operational fire management organizations in Greece. In the last twenty years it has had steady participation in EU funded research projects including FOMFIS, E-FIS, WARM, EUFIRELAB, SCIER, DESURVEY, INCA, MASIFF, “Post-Fire Forest Management in Southern Europe”, and MedWildFirelab. Most important, it has always tried to bring the research results to practice as much as possible. For example, in 2013 and 2014 the Laboratory carried out a two-year forest fire prevention project on behalf of the Hellenic Forest Service, applying the disaster prevention methodology that was developed earlier in the frame of the European INCA project.
The Laboratory also participated in the large project of the post-fire restoration of the archaeological site of Olympia, and carried out, with funding from the General Secretariat of Research and Technology in Greece, a project on forest fuel modelling for the forest fuels in Attica. In addition to developing fuel models the Laboratory also developed software allowing easy creation of site specific custom fuel models. Furthermore, in the frame of the LIFE project FOROPENFOREST, the laboratory executed prescribed burning for experimental purposes in Greece after many decades of complete ban.

The Institute has a significant role in the PREVAIL project. It is the coordinator of WP3 that focuses on large fires case studies analysis, it contributes to the review and analysis of existing large wildfires prevention measures and preparedness actions (WP2), to the development of smart fuel management solutions that can lead to fire resilient landscapes (WP4) and to the development of the DSS in WP5, subjects on which it has ample previous experience. Furthermore, the Institute will be involved in the communication of the project outcomes in WP6. 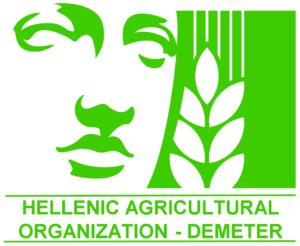 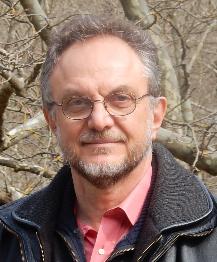 He holds a B.Sc. degree in Forestry from the Aristotelian University of Thessaloniki, Greece and M.Sc. and Ph.D. degrees in Forestry with specialization in Forest Fires from the University of Montana, U.S.A. He is the head of the Laboratory of Forest Fires. Dr. Xanthopoulos has been active in European forest fire research for more than 25 years, with a parallel involvement in many aspects of operational fire management, forest fire management training, and post-graduate teaching. He has participated in the supervising committee of numerous M.Sc. students and 6 Ph.D. students. He is a member of the Board of Directors of the International Association of Wildland Fire, has been an invited speaker in many international conferences, and has served as a reviewer in a multitude of international scientific Journals. The research interests of Dr. Xanthopoulos include forest fire policy, fire prevention, fire danger rating, fire behavior, fuel management, firefighting and firefighter safety, post-fire rehabilitation, forest fires and climate change, and new technologies in fire management. His publications cover a broad spectrum and reflect his involvement in both research and operational applications. Dr. Xanthopoulos coordinates team activities and the financial management with the support of K. Kaoukis and the Institute’s accounting office. He has a key role in the planning of case studies and analysis of large fires, including fire behaviour and fire suppression modeling. He will contribute in transferring the results of the work of the team for inclusion in the fuel management tools that will be developed in WP5. He will have a key role in the dissemination of the results through his close contacts with operational fire management and civil protection organizations.

She is a senior researcher at the Institute of Mediterranean Forest Ecosystems, specialized in forest meteorology. She holds a B.Sc. degree in Forestry from the Aristotelian University of Thessaloniki (AUTH), Greece, an M.Sc. in Meteorology from the School of Physics of the National and Kapodistrian University of Athens, and a Ph.D. in Fire Meteorology from the Department of Climatology of the School of Geology of AUTH. She has published widely on forest meteorology issues, including works on fire meteorology, fire statistics and fire prevention. She has had an active role in the INCA natural disaster prevention project. Dr. Tsagari works on the meteorological aspect of large fires occurrence and evolution, contributing to data collection and analysis. She assists in project management and will also contribute to the dissemination of results. 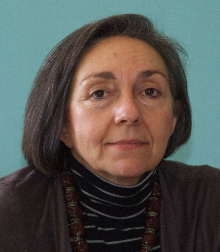 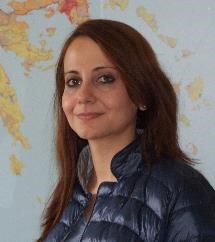 She holds B.Sc., M.Sc. and Ph.D. degrees from the Department of Agriculture, Crop Production and Rural Environment of the University of Thessaly, Greece, where she specialized in the management of ecosystems and biodiversity. Dr. Solomou has devoted significant work in research related to the management and protection of rural and natural ecosystems, and on conservation of biodiversity. Improvement of environmental awareness is among her main interests and she has significant experience in promoting it to rural populations through lectures and workshops. She will analyze the possibility, methodology and cost of utilizing the potential of agriculture for contribution in managing biomass across the landscape. She will also contribute on the methodology and cost of biomass reduction for various fuel types.

He holds M.Sc. and Ph.D. degrees in Forestry from the Aristotle University of Thessaloniki, Greece. He had joined for almost a decade, several academic departments in Greece obtaining teaching and research experience related to his field. Dr. Koulelis was also employed as a Visiting Researcher and a Senior Visiting Research Associate at the Environmental Change Institute at the School of Geography and the Environment at Oxford University. His publications and his research interests include the forest sector modeling, the timber industry and trade, the economics of sustainable forest management and the climate change/policy implications. He will work on the cost of forest fuel treatments and on the potential for offsetting the cost through utilization of the resulting by-products (biomass, etc.). 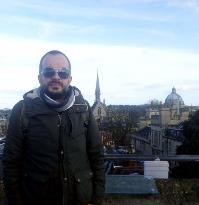 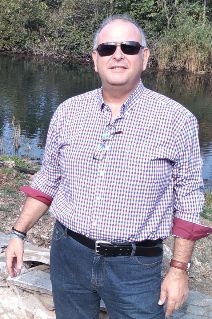 Forester belonging to the permanent staff of the Institute

He is specialized scientist serving the Laboratories of Hydrology and of Forest Fires. In addition to a B.Sc. degree in Forestry from the Technological Education Institute of Lamia, Department of Forestry and Management of Natural Environment, Karpenisi, Greece, he holds an M.Sc. degree in the Management of natural and man-made disasters from the Department of Geography of the Harokopion University, Athens, Greece. He has published extensively in Greek and international journals and conference proceedings. He has significant field experience both in relation to forest hydrology and forest fires. He will work on the development and analysis of the database of large fires case studies and will also contribute in the collection of data on fuel management costs. Furthermore, he will assist with the financial management of the project.

Forester belonging to the permanent staff of the Institute

He is specialized scientist serving the Laboratory of Silviculture, Forest Genetics and Biotechnology, cooperating as needed with the Laboratory of Forest Fires. He holds a B.Sc. degree in Forestry from the Aristotelian University of Thessaloniki (AUTH), Greece, an M.Sc. degree in the Environmental Design of Cities and Buildings, and a Ph.D. degree in Forest Genetics and Tree Improvement at AUTH. He has also worked for many years at the Laboratory of Wood Anatomy and Technology of the Institute. Numerous publications reflect his work, which will be valuable for setting standards and developing training materials for home safety in communities bordering forests. Dr. Ioannidis will offer input in the development and analysis of large fires case studies and also contribute in the data collection on fuel management costs with input in the assessment of the contributing variables of large fires in regard to Wildland-Urban interface structures. 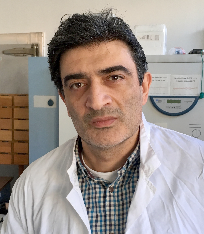 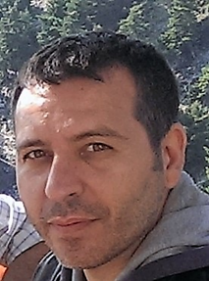 Computer expert who belongs to the permanent staff of the Institute 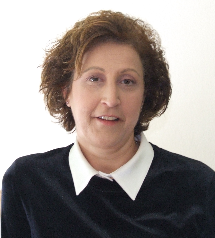 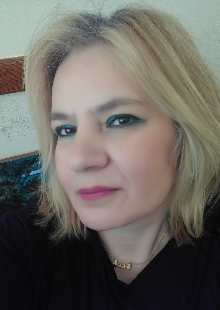 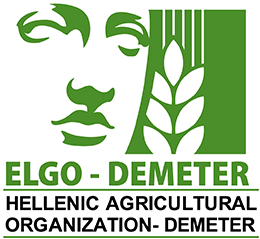 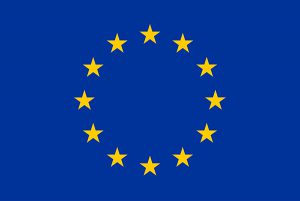